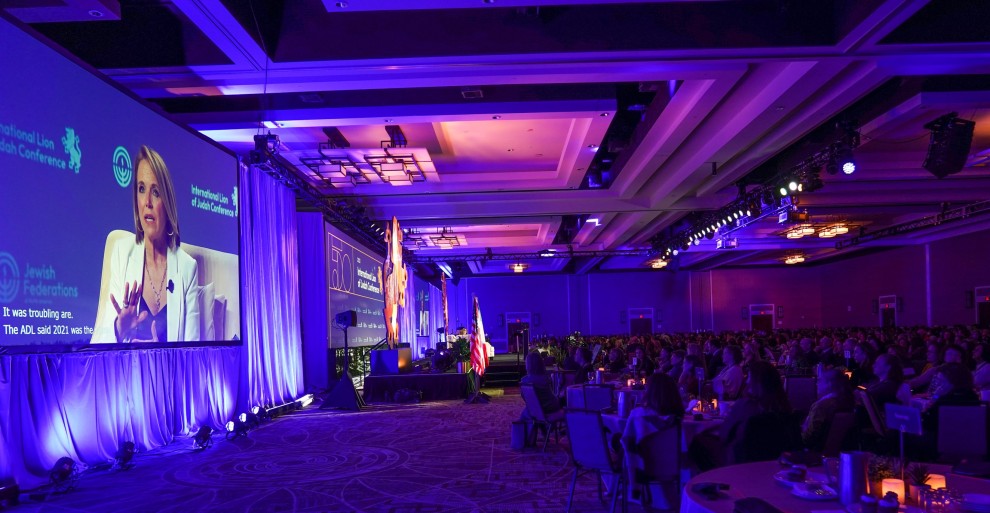 Over 1,200 women philanthropists and leaders from 80 communities around the U.S., Canada, Mexico, Guatemala, and Israel gathered this week at Jewish Federations of North America’s three-day International Lions of Judah Conference in Arizona, where they raised a collective $24.2 million supporting Federation' mission to build flourishing Jewish communities.

The conference celebrated 50 years of impact made by Lions of Judah, the signature women’s philanthropic movement of the Jewish community, that was founded in 1972 by Norma Kipnis-Wilson and Toby Friedland of blessed memory. Focal areas of this year’s conference included women’s empowerment, Federations’ role in global crises, mental health, and security and antisemitism.

During the conference, participants engaged in dialogue on urgent issues the Jewish community is facing and heard from thought leaders on opportunities to effect change through philanthropic giving. Speakers included Rep. Kathy Manning (D-NC), Amb. Linda Thomas-Greenfield, Academy Award winner Marlee Matlin, award-winning journalist Katie Couric, and more. During her keynote address at the opening plenary, Couric became a Lion of Judah and was pinned with the symbolic brooch symbolizing her entry into this amazing cadre of philanthropists.

“This year’s conference is an opportunity to celebrate this unbelievable cadre of women leaders who are touching countless lives and strengthening Jewish communities around the globe through their collective giving,” said Chair of National Women’s Philanthropy of Jewish Federations of North America Carolyn Gitlin. “As the influence of women in charitable giving continues to grow, I have no doubt that our ‘Lions’ will continue to make a transformational impact on our Jewish world.”

The conference also honored 58 extraordinary women from 58 Federation communities who are the 2022 recipients of the Kipnis-Wilson/Friedland Award, recognizing female leaders who embody the spirit and vision of Lion of Judah through a commitment to tzedakah, tikkun olam and community service. A posthumous award named for the late Supreme Court Justice Ruth Bader Ginsburg was bestowed upon the late Norma Kipnis-Wilson.

To date, Lions of Judah have collectively raised more than one billion dollars supporting flourishing Jewish communities and aiding vulnerable Jews at home, in Israel, and around the globe. Today, over 18,000 “Lions” are making high-impact gifts through their philanthropy.