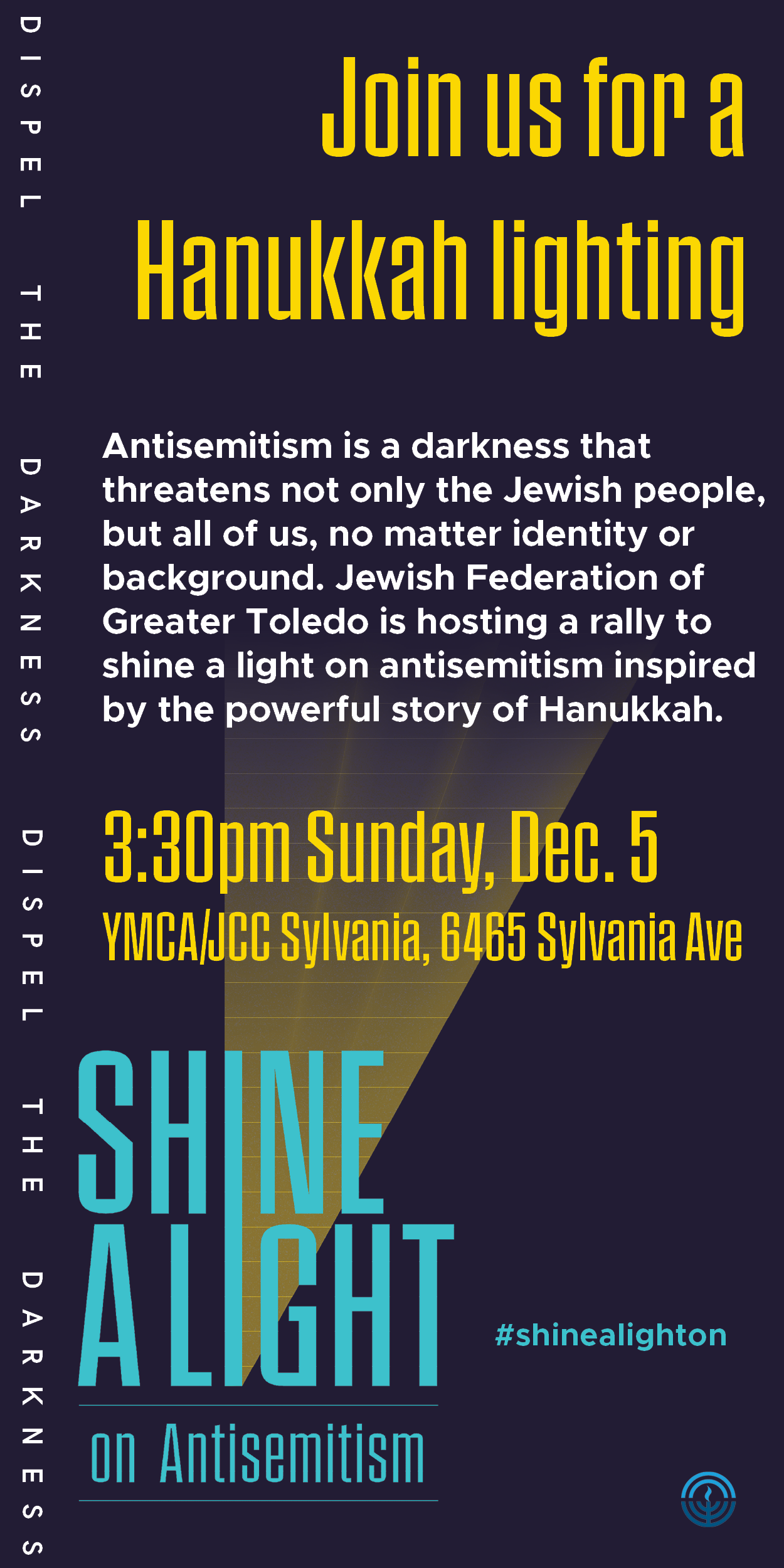 Shine a Light on Antisemitism: A Community Rally

The Jewish Community Relations Council of the Jewish Federation of Greater Toledo is organizing a large rally outside the Sylvania YMCA/JCC (6465 Sylvania Avenue) on Sunday, December 5 at 3:30pm called Shine a Light on Antisemitism. It will take place during the Jewish holiday of Hanukkah, often called the “Festival of Lights.”

Speakers will include Jews and non-Jewish allies, and the public is encouraged to attend. Invitees and possible speakers include:

The rally will also include a public Hanukkah menorah candle lighting, symbolizing the spread of light over darkness and good over evil. Complimentary and delicious Hanukkah foods will be offered. A heated tent will be erected in case of inclement weather.

Speakers will provide an introduction to Judaism and Hanukkah, and an overview of historical and contemporary manifestations of antisemitism including recent events locally and nationally. This event is being organized in response to a significant increase in antisemitic violence, harassment, and intimidation, and a corresponding rise in other forms of bigotry, intolerance, and hate, across Greater Toledo and all of Ohio.

It is up to all of us to shine a light on antisemitism.