Women & Words: An Evening of Mysteryfeaturing Authors Hallie Ephron, Careful What You Wish For and Debra Goldstein, Two Bites Too Many, A Sarah Blair Mystery

Join us for an evening of mystery and thrills as we bring together for a panel discussion two outstanding authors.  Hallie Ephron, a New York Times bestselling author and the Honorable Debra Goldstein who has achieved numerous awards and accomplishments in her own way as a writer. 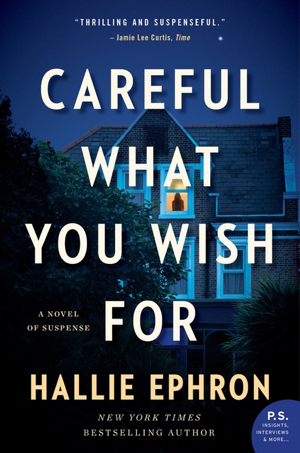 In New York Times bestselling author Hallie Ephron’s new suspense novel, CAREFUL WHAT YOU WISH FOR, Emily Harlow is married to a man who can’t pass a yard sale without stopping. He’s filled their basement, attic, and garage with his finds. He says he’s a collector. Emily knows better—he’s a hoarder.

As a professional organizer who makes her living helping people declutter their lives, Emily has devised a set of ironclad rules. When working with couples, she makes clear that the client is only allowed to declutter his or her own stuff. That stipulation has kept Emily’s own marriage together these past few years. But the larger his “collection” becomes, the deeper the distance grows between Emily and the man she married.

Luckily, Emily’s got two new clients to distract herself: an elderly widow whose husband left behind a storage unit she didn’t know existed, and a young wife whose husband won’t allow her stuff into their house. Emily’s initial meeting with the young wife takes a detour when, after too much wine, the women end up fantasizing about how much more pleasant life would be without their collecting spouses. But the next day Emily finds a mess that might be too big for her to clean up in a storage unit that would be a hoarder’s dream. Careful what you wish for, the old adage says . . . now Emily might lose her freedom, her marriage . . . and possibly her life. 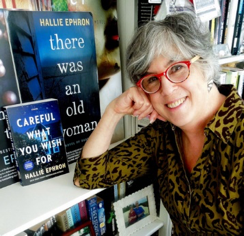 call “deliciously creepy.” Her recent Careful What You Wish For, is about a professional organizer married to a man who can’t pass a yard sale without stopping. A STARRED review, PW called it “outstanding,” and in TIME Magazine Jamie Lee Curtis called it “thrilling and suspenseful.” A five-time finalist for the Mary Higgins Clark Award, Hallie also teaches writing at writing conferences. Her Writing and Selling Your Mystery Novel was a finalist for both the Edgar and Anthony Awards. Never Tell a Lie was made into a Lifetime movie. She can be found daily on the Anthony-award-winning blog, Jungle Red Writers www.jungleredwriters.com. 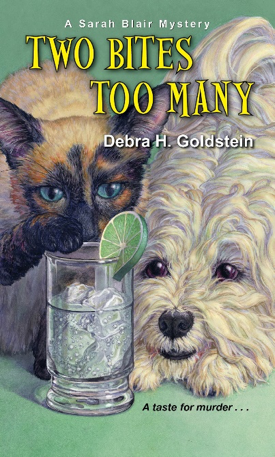 In TWO BITES TOO MANY, things are finally looking up for Sarah Blair following her unsavory divorce. Settled into a cozy carriage house with her sassy Siamese cat, RahRah, she has somehow managed to hang on to her modest law firm receptionist job and — if befriending flea-bitten strays at the local animal shelter counts — lead a thriving social life. For once, Sarah almost has it together more than her enterprising twin, Emily, a professional chef whose efforts to open a gourmet restaurant have hit a real dead end. When the president of the town bank and city council is murdered after icing Emily’s business plans, all eyes are on the one person who left the scene with blood on her hands — the Blair girls’ sharp-tongued mother, Maybelle. Determined to get her mom off the hook ASAP, Sarah must collect the ingredients of a deadly crime to bring the true culprit to justice.

DEBRA H. GOLDSTEIN is the author of the Sarah Blair Mysteries (“Three Treats Too Many,” “Two Bites Too Many,” 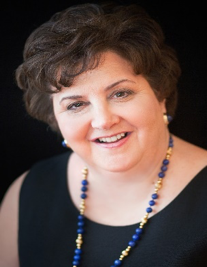 “One Taste Too Many”). She also authored “Should Have Played Poker” and the IPPY Award winning “Maze in Blue.” Her short stories and novels have been named as Agatha, Anthony, Derringer, and Silver Falchion finalists. Debra is an active community volunteer and serves on the national board of Mystery Writers of America and is president of SEMWA. She previously was on Sisters in Crime’s national board and president of SinC’s Guppy Chapter. Find out more about Debra at www.DebraHGoldstein.com.