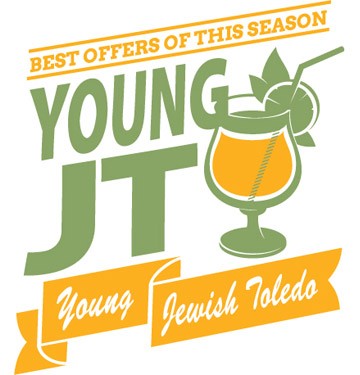 Winning nine Tony awards, The Book of Mormon has been called “The best musical of this century” and “Grade A: The Funniest musical of all time.” Join Young Jewish Toledo for a night of laughs during the Festival of Lights!

The Book of Mormon tells the story of two young Mormon missionaries sent to a remote village in northern Uganda, where a brutal warlord is threatening the local population. Naïve and optimistic, the two missionaries try to share the Book of Mormon, one of their scriptures - which only one of them has read - but have trouble connecting with the locals, who are more worried about war, famine, poverty and AIDS than about religion.

$75 per person – includes show ticket & drink  RSVP required by Friday, December 5 to Hallie Freed at 419-724-0362 or hallie@JewishToledo.org ***SPOTS ARE LIMITED AND NO WALK-INS WILL BE ACCEPTED***