Registering for a Book Festival event is easy!

How to register for events:

At the door: on a first come, first served basis. Seating is limited.

All programs are subject to change or cancellation without prior notification due to schedules and commitments of our authors. Refunds will be available.

Open to all baby to preschool-aged children and their caregivers

Acompáñanos on our Jewish Cuban journey with Tía Fortuna and Estrella.

A poignant multicultural ode to family and what it means to create a home as one girl helps her Tía move away from her beloved Miami apartment. A lyrical book about tradition, culture, and togetherness, Tía Fortuna’s New Home explores Tía and Estrella’s Sephardic Jewish and Cuban heritage. Through Tía’s journey, Estrella will learn that, as long as you have your family, home is truly where the heart is.

Born in Havana, Cuba, Ruth Behar grew up in New York, and has also lived in Spain and Mexico. Her memoirs, An Island Called Home and Traveling Heavy, explore her return journeys to Cuba and her search for home as an immigrant and a traveler. She was the first Latina to win a MacArthur “Genius” Grant. She is an anthropology professor at the University of Michigan and lives in Ann Arbor, Michigan. Her second middle-grade novel, Letters from Cuba, is inspired by her maternal grandmother’s escape from Poland to Cuba on the eve of WWII. Tía Fortuna’s New Home explores the Sephardic Cuban heritage on the paternal side of her family.

The Button Box
by Bridget Hodder and
Fawzia Gilani-Williams

Bridget Hodder will be available for book signing after presentations

This live­ly mid­dle grade adven­ture has two young pro­tag­o­nists, cousins Ava and Nadeem. Ava is Jew­ish while Nadeem is Mus­lim, and a school bul­ly tor­ments them due to their reli­gious back­grounds. They tell their grand­moth­er, a con­sum­mate sto­ry-teller and very wise woman. She begins to tell them an ancient tale but is inter­rupt­ed and the tale remains unfinished.

Bridget Hodder is a Sephardic historian, reading specialist, and learning disability specialist who has worked in both the Massachusetts and Texas public schools and lectured at Harvard and Vanderbilt University. The daughter and granddaughter of Holocaust survivors, Bridget brings unique perspectives on diversity, how to tell truth from lies, and discerning fiction from nonfiction to her presentations and workshops. She can bring history to life for any audience, from children to adults.

I Love my Kids, But I Don’t Always Like Them: Expert Advice for Parents of Challenging Children

$10 per adult – author presentation and snacks

$18 per adult – author presentation, snacks, and one book

$30 per adult – author presentation, snacks, and both books

Childcare and dinner will be provided

Calling parents and children of all ages

Dear Mr. Dick­ens tells the sto­ry of one Jew­ish read­er, Eliza Davis, who was a fan of nov­el­ist Charles Dick­ens but not of his anti­se­mit­ic car­i­ca­ture in Oliv­er Twist. Davis felt that the char­ac­ter of Fagin rep­re­sent­ed a dan­ger­ous­ly mis­lead­ing por­tray­al of her peo­ple, so she wrote to Dick­ens in hopes of a response. The small dra­ma of this inter­ac­tion between a famous author and a woman seek­ing change makes for an inspir­ing story.

Nancy Churnin is an award-winning children’s book author who writes books about people who have made the world a better place and inspire children to be heroes and heroines. She won the 2021 National Jewish Book Award and 2022 Sydney Taylor Honor for Dear Mr. Dickens, a true story that is the subject of an educational program offered by The Charles Dickens Museum in London; two Sydney Taylor Notables for her 2021 A Queen to the Rescue, the Story of Henrietta Szold Founder of Hadassah and 2018 Irving Berlin, the Immigrant Boy Who Made America Sing. Born and raised in New York City, Nancy lives in the Dallas area. All her books come with free teacher guides, resources, and projects on her website, nancychurnin.com

I Love my Kids, But I Don’t Always Like Them

I Love my Kids, But I Don't Always Like Them focus­es on behav­ioral chal­lenges in chil­dren and serves as a guide for par­ents on how to improve their child’s behavior. pro­vides a new approach with sim­ple steps that estab­lish new struc­tures, sys­tems, and strate­gies in and out of the home to empow­er your child to take respon­si­bil­i­ty for his or her own behav­ior and allows you to enjoy your child once again. Franki Bagdade's rec­om­men­da­tions have been praised by par­ents, edu­ca­tors, and readers.

Fran­ki Bag­dade (M. Ed.) is is an academic, behavioral, mental health, and inclusion consultant; parenting expert; author; and speaker through her company FAAB Consulting. She is an expert with 20 years of expe­ri­ence in obser­va­tion and study in the class­room and recre­ation­al pro­grams.

Objects of Love and Regret:
A Brooklyn Story
by Richard Rabinowitz

At a push­cart stall in East New York, Brook­lyn, in the spring of 1934, eigh­teen-year-old Sarah Schwartz bought her moth­er, Shen­ka, a green, wood­en-han­dled bot­tle open­er. How could that unre­mark­able item, and oth­ers like it, reveal the untold his­to­ry of a Jew­ish immi­grant fam­i­ly, their chances and their choic­es over the course of an event­ful cen­tu­ry? By unearthing the per­son­al mean­ing and his­tor­i­cal sig­nif­i­cance of sim­ple every­day objects, Richard Rabi­nowitz offers an inti­mate por­trait con­nect­ing Sarah, Shen­ka, and the rest of his fam­i­ly to the twen­ti­eth-cen­tu­ry trans­for­ma­tions of Amer­i­can life.

Richard Rabinowitz, a noted historian and museum curator, is the president of American History Workshop. For decades, he has been instrumental in developing new museums and creating lively exhibitions across the nation, including the Lower East Side Tenement Museum, the Birmingham Civil Rights Institute, the National Underground Railroad Freedom Center, and the New-York Historical Society.

52 Shab­bats: Fri­day Night Din­ners Inspired by a Glob­al Jew­ish Kitchen invites every­one to hon­or Shab­bat with a spe­cial meal on Fri­day evenings. It has more than 90 mod­ern recipes (includ­ing many veg­e­tar­i­an options) that add fla­vor and mean­ing to the Shab­bat or hol­i­day table. Add dishes to your Jewish repertoire such as Pome­gran­ate Molasses Brisket, Matzah Ball and Pozole Soup, Falafel Crust Piz­za with Feta and Herbs, Sweet-and-Tart Silan-Roast­ed Car­rots with Lentils, and Man­go and Car­damom Mini Cheese­cakes. The book explores Shab­bat tra­di­tions, the Jew­ish cal­en­dar, the sym­bol­ism of foods in Judaism, descrip­tions of Jew­ish com­mu­ni­ties around the world, and the glob­al Jew­ish pantry.

Faith Kramer is a food writer and recipe developer concentrating on the food ways, history, and customs of the Jewish diaspora. Faith has taught cooking classes on food from around the world, presented programs on Jewish customs, celebrations, and holidays, and led food-related walking tours that explore the economic, geographic, and political underpinnings of the food as well as how to use international ingredients in other contexts. She lives with her family in the San Francisco Bay Area.

By the Grace of the Game:
The Holocaust, a Basketball Legacy, and an Unprecedented American Dream
by Dan Grunfeld

When Lily and Alex entered a packed gym­na­si­um in Queens, New York in 1972, they bare­ly rec­og­nized their son. The boy who escaped to Amer­i­ca with them, who was bul­lied as he strug­gled to learn Eng­lish and cope with fam­i­ly tragedy, was now a young man who had dis­cov­ered and secret­ly honed his bas­ket­ball tal­ent on the out­door courts of New York City. That young man was Ernie Grun­feld, who would go on to win an Olympic gold medal and reach pre­vi­ous­ly unimag­in­able heights as an NBA play­er and exec­u­tive. In By the Grace of the Game, Dan Grun­feld, once a bas­ket­ball stand­out him­self at Stan­ford Uni­ver­si­ty, shares the remark­able sto­ry of his fam­i­ly, a del­i­cate­ly inter­wo­ven nar­ra­tive that doesn’t lack in heart­break yet remains as deeply nour­ish­ing as his grandmother’s Hun­gar­i­an cook­ing, so lov­ing­ly described.

Dan Grunfeld is a former professional basketball player, an accomplished writer, and a proud graduate of Stanford University. An Academic All-American and All-Conference basketball selection at Stanford, Dan played professionally for eight seasons in top leagues around the world, including in Germany, Spain, and Israel.

Justin Feldkamp (interviewer) joined Buckeye Broadband’s BCSN and BCAN in November 2020. He is the host of Inside Out with Justin Feldkamp, a 30-minute interview-style show seen monthly on BCSN. He also helps to select the high school games and the special programming that is aired on BCSN.

Satisfaction Guaranteed:
How Zingerman’s® Built a Corner Deli into a Global Food Community
by Micheline Maynard

Found­ed in 1982 by Paul Sag­i­naw and Ari Weinzweig, Zingerman’s Deli in Ann Arbor, Michi­gan built on its mis­sion of good food, good ser­vice and good finances to become a com­pa­ny whose reach spans all cor­ners of the gourmet food world. As Zingerman’s approach­es its 40th anniver­sary in 2022, Sat­is­fac­tion Guar­an­teed tells how read­ers they did it, and how oth­er busi­ness­es can adopt their meth­ods and philosophies.

Micheline Maynard is a journalist, author, and professor. She is a contributing columnist at The Washington Post, where her essays on business and culture appear in Voices Across America. She has been a senior editor at NPR's Here & Now and was a senior correspondent and Detroit bureau chief for The New York Times. She lives in New Orleans and Ann Arbor. 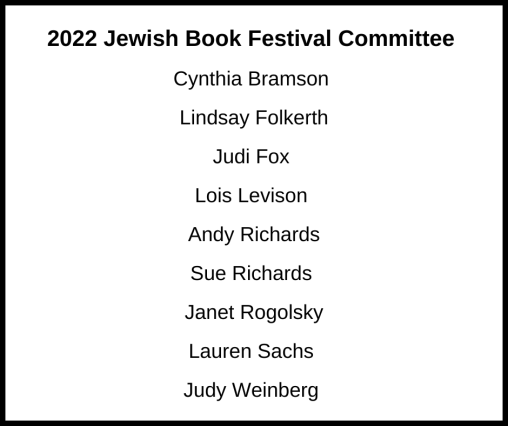 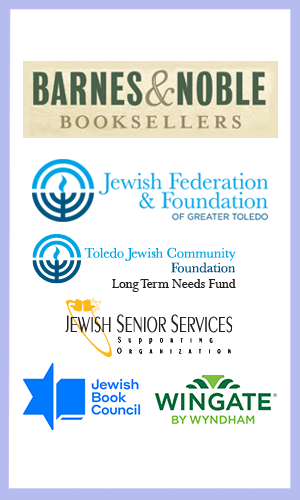