The Jewish Community Relations Council of Jewish Federation of Greater Toledo is organizing a large rally, "Shine a Light on Antisemitism."

Speakers will include Jewish community members and non-Jewish allies, including Congresswoman Marcy Kaptur and Sheena Barnes, Executive Director of Equality Toledo. Other attendees will include local, state, and federal elected officials; various religious, ethnic, and minority groups; K-12 and university educators; and law enforcement. The public is encouraged to attend.

The rally will include a public Hanukkah menorah candle lighting. Complimentary and delicious Hanukkah foods will be offered. A heated tent will be erected in case of inclement weather.

This event is being organized in response to a significant increase in antisemitic violence, harassment, and intimidation, and a corresponding rise in other forms of bigotry, intolerance, and hate, across Greater Toledo and all of Ohio.

This rally is co-sponsored by Congregation B’nai Israel, Congregation Etz Chayim, Temple Shomer Emunim, and the YMCA of Greater Toledo.

It is up to all of us to shine a light on antisemitism. 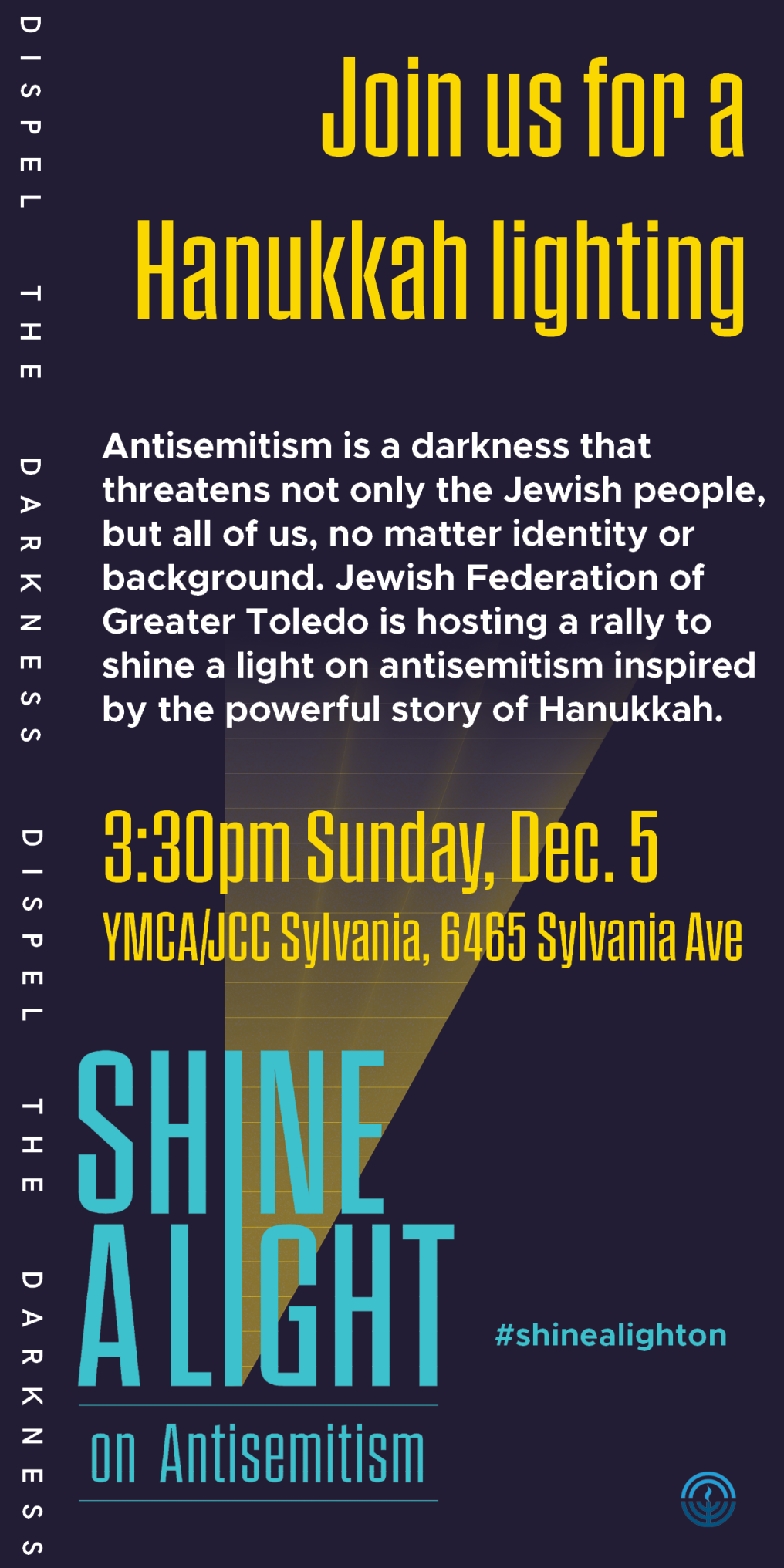